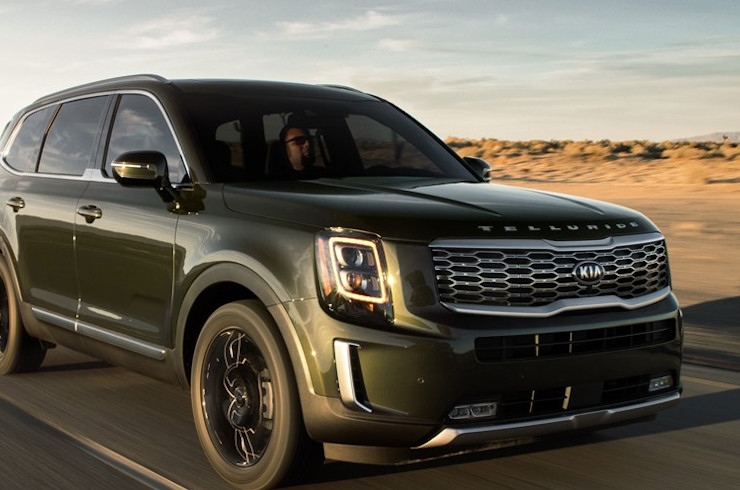 DETROIT, Mich., January 13, 2020 – Today, the Kia Telluride was named 2020 North American Utility Vehicle of the YearTM by the distinguished North American Car of the Year jury (NACTOY).1 This first-time honor for the Kia brand caps an unprecedented number of awards for Kia’s three-row SUV from major consumer and enthusiast publications since the Telluride appeared in dealerships early last year.

NACTOY jurors voted Telluride number one after spending months of deliberation, including test drives, comparisons and other evaluations. To be eligible, vehicles must be all-new or substantially new and must be available at dealerships close to the announcement of the awards. The Telluride prevailed over a field of 12 semi-finalists and three finalists in the utility category.

“The Kia Telluride makes owning an SUV look cool while offering the smooth ride and rich interior of a luxury vehicle without the luxury price,” said Kirk Bell, NACTOY secretary-treasurer.

The Telluride continues to be one of Kia Motors America’s best-selling vehicles. Since going on sale, nearly 60,000 Tellurides have been sold and demand continues to outpace supply. Conceived, designed, developed, and assembled in the U.S. specifically for the U.S. market in West Point, Georgia, Telluride is the first Kia vehicle to be exported from the United States.

Headquartered in Irvine, California, Kia Motors America continues to top quality surveys and is recognized as one of the 100 Best Global Brands and 50 Best Global Green Brands by Interbrand. Kia serves as the “Official Automotive Partner” of the NBA and offers a complete range of vehicles sold through a network of nearly 800 dealers in the U.S., including cars and SUVs proudly assembled in West Point, Georgia.*

For media information, including photography, visit www.kiamedia.com. To receive custom email notifications for press releases the moment they are published, subscribe at www.kiamedia.com/us/en/newsalert.

*The Telluride, Sorento and Optima (excluding Hybrid and Plug-In Hybrid) are assembled in the United States from U.S. and globally sourced parts.

** Kia received the lowest rate of reported problems among mass market brands in the J.D. Power 2015-19 U.S. Initial Quality Studies of new vehicle owners’ experiences with their own vehicle after 90 days of ownership. Visit jdpower.com/awards for more details.

2 Kia received the lowest rate of reported problems among mass market brands in the J.D. Power 2015-19 U.S. Initial Quality Studies of new vehicle owners’ experiences with their own vehicle after 90 days of ownership. Visit jdpower.com/awards for more details.

Information posted in press releases on the Kia Media website was accurate at the time of posting but may be superseded by subsequent releases or other information.